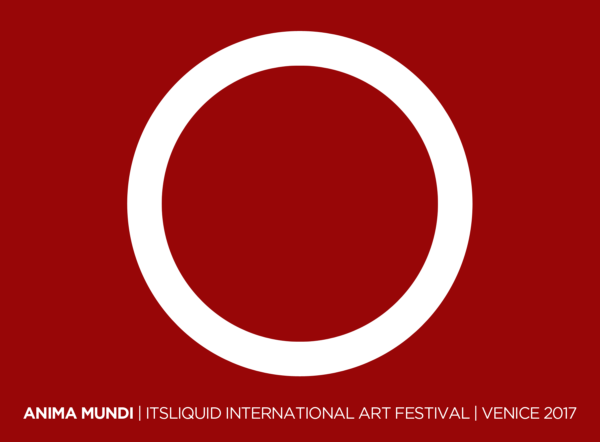 It’s LIQUID Group, in collaboration with Ca’ Zanardi, is pleased to announce the open call for ANIMA MUNDI 2017, the International Art Festival.

ANIMA MUNDI festival, curated by Luca Curci and Andrea Chinellato, will be presented in Venice at Palazzo Ca’ Zanardi and other prestigious venues and historical buildings, in the months between May and November 2017, in the same period of the 57th Venice Art Biennale, titled VIVA ARTE VIVA, curated by Christine Macel and organized by La Biennale di Venezia, chaired by Paolo Baratta, hosted at the Giardini and the Arsenale venues.

ELEMENTS – FROM SHAPE TO SPACE is a special event of ANIMA MUNDI festival, curated by Arch. Luca Curci, that will be realized in Venice, in the Misericordia Archives, an historical suggestive location adjacent to the Scuola Grande della Misericordia, from May 09 to July 09, 2017. The deadline for the submission is April 09, 2017.

During these main events, will be presented works of photography, painting, sculpture/installation, design and architecture, video-art and live performance.

The festival focuses on the concept of ANIMA MUNDI, that, according to several historical cultures, religions and philosophical systems, is an intrinsic connection between all living entities on the planet, which relates to the world in a similar way as the human soul is connected to the human body. Plato expressed his thought about the ANIMA MUNDI in the Timaeus, “this world is indeed a living being endowed with a soul and intelligence… a single visible living entity containing all other living entities, which by their nature are all related”.

ANIMA MUNDI is the invisible energy behind all the natural and the artificial elements that allows the planet to live. Thanks to the hidden connections of ANIMA MUNDI, all the ecosystems of the Earth, before and after the appearance of the mankind, found their equilibrium, their ways to live and to develop themselves, to transform and to evolve. All the beings of the planet, plants, minerals, animals are permeated by a secret force that has always stimulated the human thought and research.

The festival aims to discover these multiple forms of hidden connections between the soul and the body, the mankind and the natural elements, the natural spaces and the cities. We invite artists to show their reflections about the various ways in which the ANIMA MUNDI expresses the relationships among all the existing entities and the natural and cultural systems, and to represent by their artistic works the processes of the evolution of the world in which we all live. Artists, designers and architects are invited to talk about ANIMA MUNDI through photo reportage of cities, hidden places, photographic documentaries, personal experiences, presenting their works of photography, painting, sculpture/installation, design and architecture, video-art and live performance.

Artists, designers and architects interested in taking part in the festival, are free to be sponsored and supported by institutions, organizations, governments and their representers; the logos of their sponsors will be included in all the communication (digital and print) of the events. Artists, architects and designers are free to take part in one or more of the programmed events.

For more informations about ANIMA MUNDI festival contact us: lucacurci@lucacurci.com

The participation in one or many exhibitions of ANIMA MUNDI festival, that will be realized in Venice during the 57th Art Biennale, between May and November 2017.

The works will be selected for the participation.