Insight Astronomy Photographer of the Year 2018 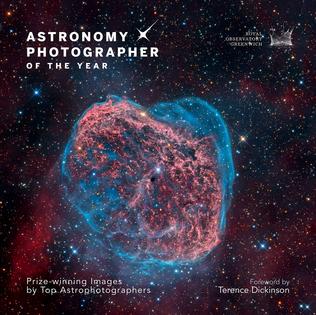 Insight Astronomy Photographer of the Year 2018 has nine main categories:

Skyscapes: Landscape and cityscape images of twilight and the night sky featuring the Milky Way, star trails, meteor showers, comets, conjunctions, constellation rises, halos and noctilucent clouds, alongside elements of earthly scenery.
Aurorae: Photographs featuring the Northern and Southern Lights.
People and Space: Photographs of the night sky including people or a human interest element.
Our Sun: Solar images including solar eclipses and transits.
Our Moon: Lunar images including lunar eclipses and occultations of planets.
Planets, Comets and Asteroids: Everything else in the Solar System, including planets and their satellites, comets, asteroids and other forms of zodiacal debris.
Stars and Nebulae: Deep space objects within the Milky Way Galaxy, including stars, star clusters, supernova remnants, nebulae and other intergalactic phenomena.
Galaxies: Deep space objects beyond the Milky Way Galaxy, including galaxies, galaxy clusters, and stellar associations.
Young Astronomy Photographer of the Year: Pictures taken by budding astronomers under 16 years of age.

There are also two special prizes: the Sir Patrick Moore Prize for Best Newcomer, awarded to the best photo by an amateur astrophotographer who has taken up the hobby in the last year and who has not entered an image into the competition before; and Robotic Scope, which acknowledges the best photo taken using one of the increasing number of computer-controlled telescopes stationed at prime observing sites around the world and accessed over the internet by members of the public.

• Adult Competition
The judges will select a winner, runner-up and one highly commended entry from each category. These will receive the following prize money:
Winner: £1,500
Runner-up: £500
Highly commended: £250

Entrants must be over the age of 16 on the closing date of the competition.