Multiple categories. Possibility of participating with up to 50 photos 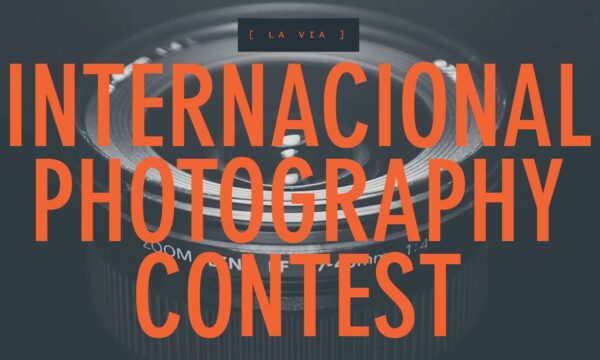 José La Via was the product of the large and hard-working Italian immigration in San Luis, Argentina. Related to almost all the families of the community, he had come from the hand of his parents when he was 5 years old in 1894. Very young he owned a photographic camera, the ones that gave away Centenario cigarettes. In 1905 he took photographs of the fire in the great Casa Romanella, a general business, and sent them to Caras y Caretas, the illustrated magazine of Buenos Aires. That is the beginning of a career that would last for 70 years and would make La Via the reporter for the city of San Luis.

There is a legacy of 35,000 negatives and photos that have been consolidated as traces of the country's history. Let us think that he saw the electricity installed, the telephone, the arrival of the first plane and the first car, in short, the changes that he experienced and left documented in negatives are fundamental. La Via was born in Catania (Sicily) in November 1888 and died in San Luis on April 29, 1975.

This contest seeks to vindicate all photographers who with their journalistic, artistic, or portrait photos, seek to show our present, tell a story, or transmit a social truth.

Each registered photograph participates in the contest. There will be no pre-selection. Up to six winners will be selected for each category. The jury's decision will be announced on the official website and via email to all participants on March 17, 2021. The jury's decision will be final and may be considered a desert category if it so decides. The first prize will consist of 500 USD.

The award is given to the PHOTOGRAPHER, not the PHOTO. Therefore, the jury will evaluate all the works presented to verify the winner. The awarded photographs in the individual categories will receive a DIPLOMA. V. Final considerations. The mere fact of participating in the contest implies acceptance of these rules. The organization assumes that the contestants are the authors of the submitted works and any legal problem regarding the copyright of the images belongs to the contestants. The organization respects the authorship of the images. You may not keep any except for the time the winners are broadcast. The winning photographs will be presented on the page for a limited time.