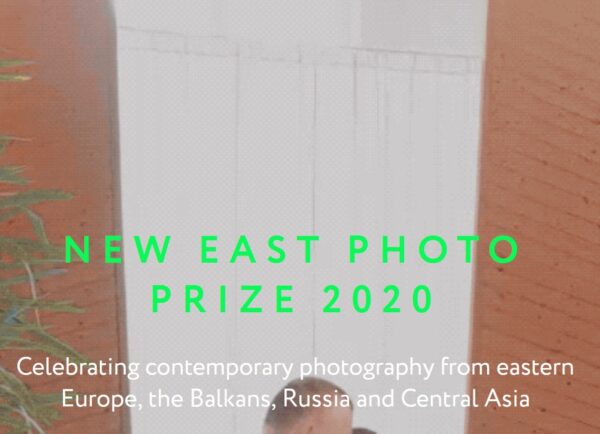 The New East Photo Prize champions artistic excellence in photography. The prize recognises practitioners offering representations of the social, cultural and physical landscape of the New East and other perspectives on that region.

Although hugely diverse, the countries of Eastern Europe and the former Soviet Union are often represented in an outdated manner which negates the rich culture and variety of creative output from these nations.

The prize seeks to broaden perceptions of the New East through the medium of photography. In its two previous editions, the prize has received over 1,700 entries from 25 New East countries.

Alongside the prizes, all finalists for the prize will enjoy international exposure through The Calvert Journal and other media partners.

The New East Photo Prize is a project of Calvert 22 Foundation, supported by its online award-winning magazine, The Calvert Journal.

Alongside the opportunity to have work featured online on The Calvert journal and partner publications, gaining international exposure as well as feedback from industry experts, the winner of the New East Photo Prize will be offered a cash prize of £1,000 to help develop a body of work further.
Voucher for Photography Equipment

In order to support emerging photographers, this prize will give the recipient a £500 voucher to spend at a retailer of their choice.
Mentorship Award

The winner of the Mentorship Award will get a full tuition scholarship offered by Spazio Labo’ Photography to attend the Tutorship in Visual Storytelling training course organised by Davide Monteleone and Spazio Labo’, specifically designed for visual storytellers in their early career. Held between January and June 2021, the tutorship will offer individual coaching, six interactive group seminars, and four one-to-one meetings with prominent lecturers.
Exhibition (TBC)

Our plan was to hold an exhibition in Europe in Autumn 2020 exhibiting the shortlisted finalists in a group show. In light of recent events, it’s now unclear whether it will be safe to hold the exhibition as planned. We will monitor the situation and keep you updated.