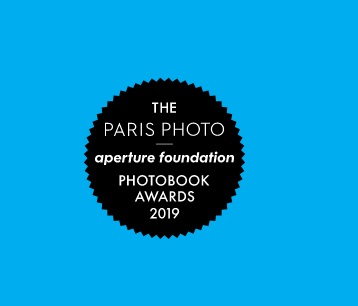 The Paris Photo–Aperture Foundation PhotoBook Awards, celebrates the book's contribution to the evolving narrative of photography.

Paris Photo, the world's largest international art fair dedicated to the photographic medium. The annual event for collectors, professionals, artists, and enthusiasts, Paris Photo offers its visitors the most qualitative and diverse selection of artworks alongside an ambitious public programme with leading figures in the field.

Aperture, a not-for-profit foundation, connects the photo community and its audiences with the most inspiring work, the sharpest ideas, and with each other – in print, in person, and online.
Created in 1952 by photographers and writers as “common ground for the advancement of photography”, Aperture today is a multi-platform publisher and center for the photo community. From our base in New York, we produce, publish, and present a program of photography projects, locally and internationally.

The awards will be judged in two stages. An initial jury will meet in New York to select the shortlisted entries in both categories. The final winners will be decided by a separate jury that will meet in Paris immediately before Paris Photo begins. The initial jury will include representatives of both Paris Photo and Aperture Foundation, and the final jury will include neither. Each award winner will be chosen from the juried shortlist, all of which will be exhibited at Paris Photo. The fall 2019 issue of The PhotoBook Review (published by Aperture Foundation) will feature all of the shortlisted books. Following their display during Paris Photo, an exhibition of the thirty-five shortlisted books will travel to Aperture Gallery in New York and may be exhibited at other venues.

The First PhotoBook Prize
A $10,000 prize will be awarded to the photographer(s)/artist(s) whose first finished, publicly available photobook is judged to be the best of the year. Twenty books from this category will be selected for the shortlist, presented to the Jury for the final selection and exhibited during Paris Photo.

The PhotoBook of the Year Prize
This prize will be awarded to the photographer(s)/artist(s), and publisher responsible, for the photobook judged to be the best of the year. Ten books from this category will be selected for the shortlist, presented to the Jury for the final selection and exhibited during Paris Photo.

The Photography Catalogue of the Year Prize
Awarded to the publication, publisher, and/or organizing institution responsible for the exhibition catalogue or museum publication judged to be the best of the year. Five books from this category will be selected for the shortlist, presented to the Jury for the final selection and exhibited during Paris Photo.

The shortlisted books, accompanied by the jury’s comments, will be featured in the fall 2019 edition of The PhotoBook Review issue 017 (published by Aperture Foundation), to be released at Paris Photo.

Open to all photographers

While copyright of all work submitted for these awards remains with the respective entrants, the entrant grants to Paris Photo and Aperture Foundation a worldwide, irrevocable, and perpetual license to reproduce representative examples of the submitted entries in any of their publications, websites, and/or in any promotional material, strictly in connection with the award, and with reference to the photographer/artist and publisher, as relevant in each case; and to exhibit the books entered anywhere in the world for public display.