The World Press Photo Foundation is a major force in developing and promoting the work of visual journalists, with a range of activities and initiatives that span the globe. The annual photo contest rewards photographers for the best single exposure pictures contributing to the past year of visual journalism.

In 2016 edition winning entries were selected from 82,951 photos made by 5,775 photographers from 128 different countries. Take a look at our selection of winning images of 59th annual World Press Photo Contest. 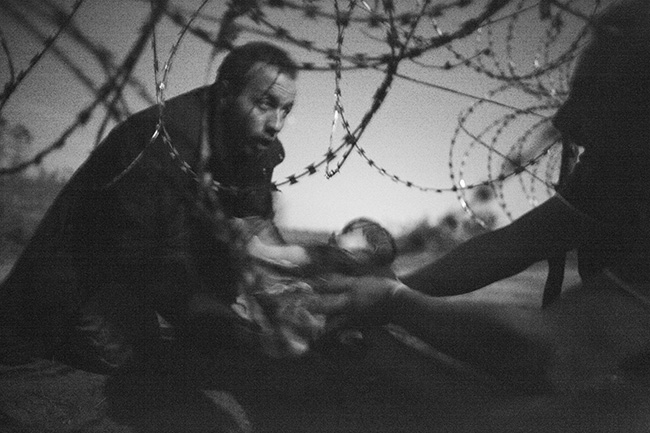 World Press Photo of the Year – Warren Richardson – A baby is handed through a hole in a razor wire barrier, to a Syrian refugee who has already managed to cross the border from Serbia into Hungary, near Röszke. 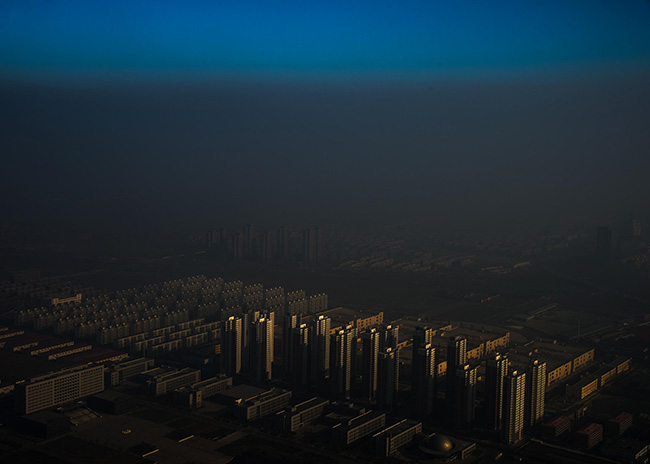 Talibes, Modern-day Slaves – Mário Cruz – Abdoulaye, 15, is a talibe imprisoned in a room with security bars to keep him from running away. 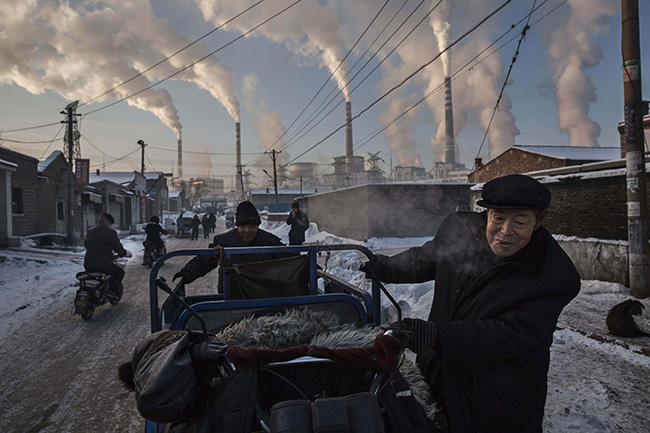 China’s Coal Addiction – Kevin Frayer – Smoke billows from stacks as men push a tricycle through a neighborhood next to a coal-fired power plant in northern Shanxi province. 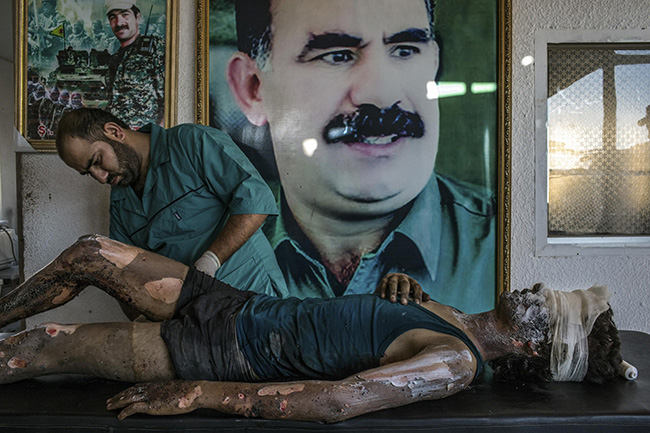 IS Fighter Treated at Kurdish Hospital – Mauricio Lima – A doctor rubs ointment on the burns of Jacob, a 16-year-old fighter from the group calling itself Islamic State (IS), in front of a poster of Abdullah Öcalan, leader of the Kurdistan Workers’ Party (PKK), at a hospital in Al-Hasaka, northern Syria. 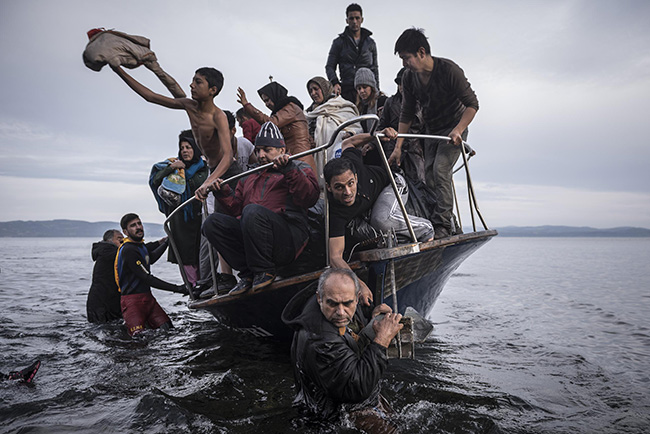 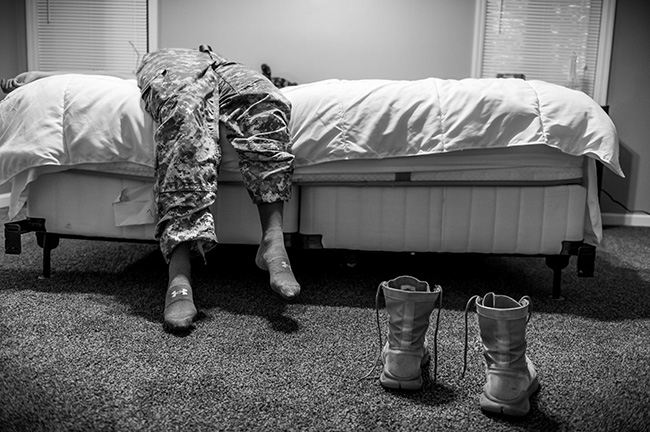 Sexual Assault in America’s Military – Mary F. Calvert – Natasha Schuette (21) was pressured not to report being assaulted by her drill sergeant during basic training, at Fort Jackson North Carolina. She refused to back down. Staff Sergeant Louis Corral is now serving four years in prison for assaulting her and four other female trainees. The US Army rewarded Natasha for her courage in reporting her assault, and the Sexual Harassment/Assault Response & Prevention office distributed a training video featuring her story. She is now stationed at Fort Bragg, North Carolina. 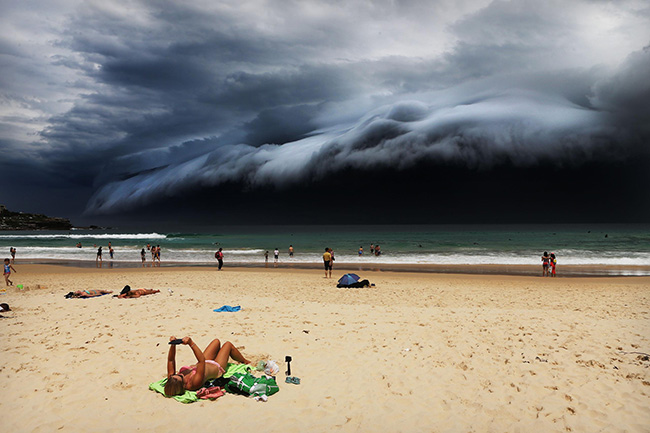 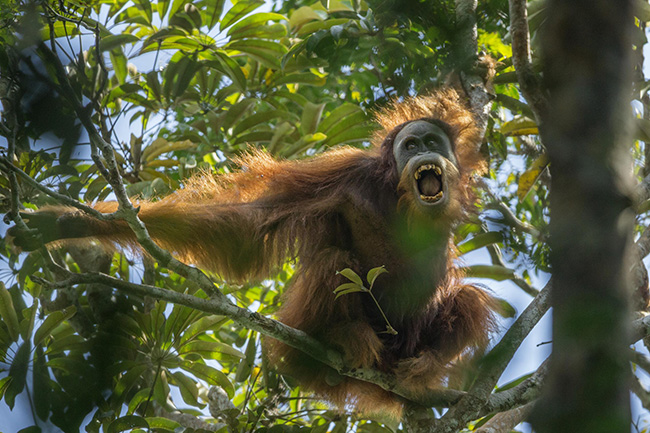 Tough Times for Orangutans – Tim Laman – A young male Sumatran orangutan threatens another male, in Batang Toru Forest. Male orangutans are intolerant of other males, and compete for territory and females. 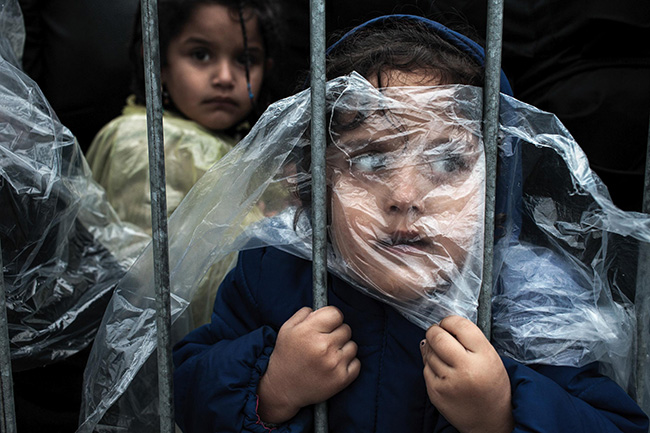 Waiting to Register – Matic Zorman – Refugee children covered in rain capes wait in line to be registered. Most refugees who crossed into Serbia continued their journey north, towards countries of the European Union. 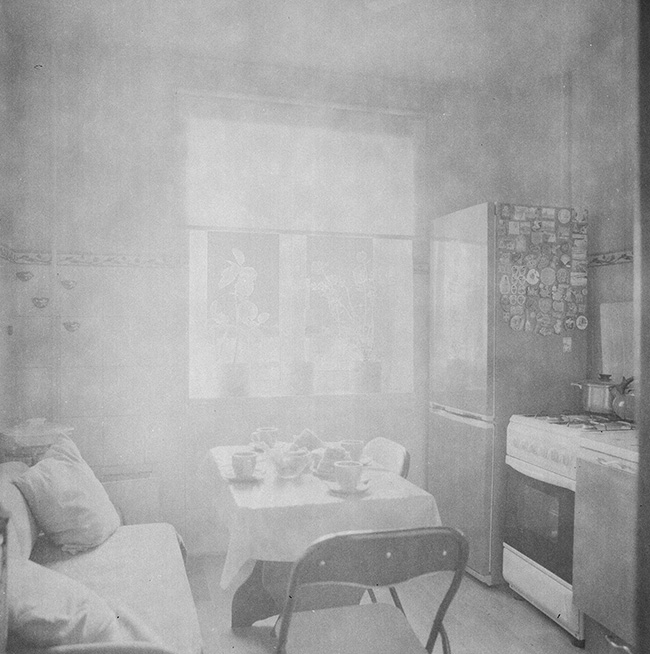 Exposure – Kazuma Obara – On 26 April 1986, a nuclear disaster at the Chernobyl Nuclear Power Plant, near the town of Pripyat, Ukraine, resulted in large amounts of radioactive material being released into the atmosphere. Radioactive particles—the contaminating effects of which can last for years—were carried downwind through much of the western USSR and Europe. Five months after the disaster, a girl named Mariya was born in Kiev, 100 km south of Chernobyl. She grew up suffering from chronic thyroiditis, one of the results of radiation poisoning. These images represent 30 years of her life. 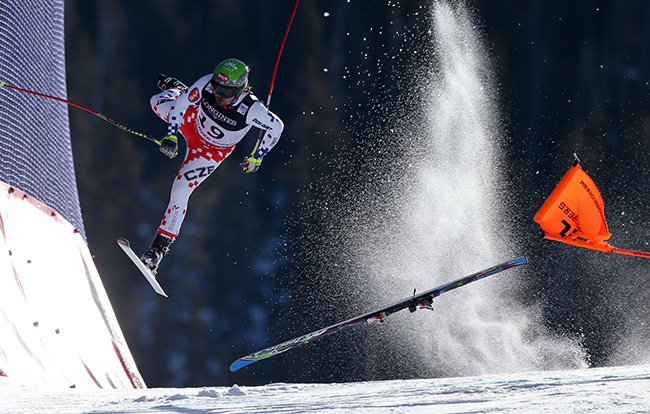 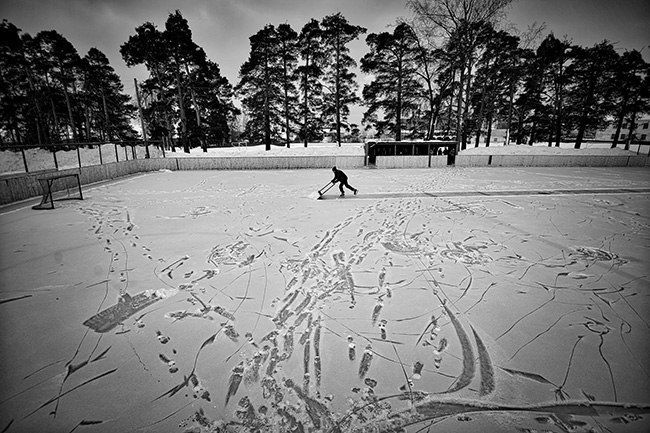 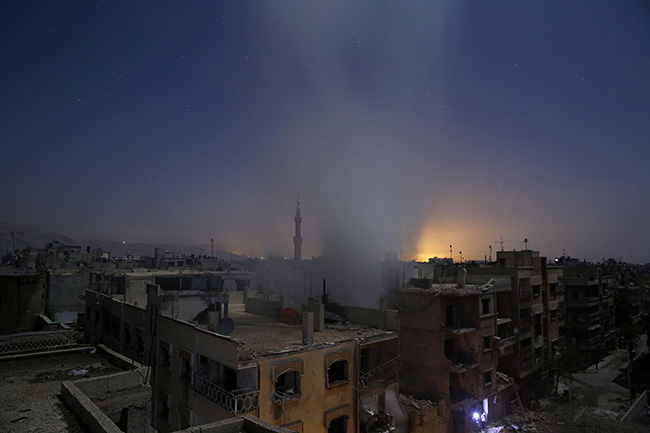 Aftermath of Airstrikes in Syria – Sameer Al-Doumy – Smoke billows from a building in Douma.